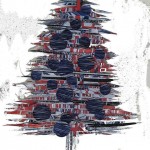 It is a busy time of year so I decided to write a brief post and send my best wishes for a peaceful, healthy and prosperous New Year!

I don’t recommend New Year’s resolutions to be launched upon in January but in the Spring instead when change is a bit easier … however I do recommend a time for reflection and planning.  To assist you in this, here are some questions to ponder…

Consider each question and jot down your answers to gain the maximum learning:

2. Plan your future – imagine you’re 1 year on from now – finish these statements:

How could you plan in your 2012 diary, time to work on the important aspects of your professional life that may have slipped or that you want to do more of? Will they happen if you don’t plan in time for you? Do you have a choice?

Look out for next time for advice on career planning.

By admin | Networking | No Comments 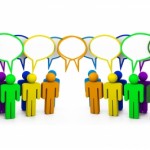 Networking is a well established method of meeting people in business. It is essentially marketing and should be viewed in this way. When you meet people you are your product or a diplomat for your organisation. The objective with business networking is to give and receive referrals.

This is the best value marketing.

Think of it on a purely personal basis. You probably ask family, friends and neighbours to recommend different trades and services. Word of mouth recommendation or referral is highly effective. Formal business forums for networking include: IoD, Chamber of Commerce, BNI, BRE, Missing Link. After a networking event follow up with the people you have a connection with to develop the relationship further. Online international networking forums also have their place such as Ecademy and Linked In. Create your own networking group or attend a group based on your interests. Here are some ideas:

To kickstart the networking and referral process contact the people in your acquaintances, allies, & advocates categories as mentioned in my last post, but instead think of using the ‘cold’, ‘warm’ and ‘hot’ labels. Ask for introductions and follow up leads. Try out lots of different events and then be selective.

Have an objective if you are investing money in membership. After a while review success and be focused. When at events don’t waste time with people with whom you have no connection, politely move on. To minimise this, plan ahead using delegate lists and then target your best fits.

Next time, tips on networking for trading knowledge.

Networking: What is it and do I need to do it? 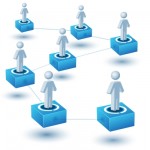 So how can we cheer you up in the chaos before the Christmas holidays?  Read on about the art of networking!

Networking: What is it?

Often when we mention the term networking a look of horror creeps across our client’s faces. They imagine selling, cold calling and all that embarrassing awkwardness of being rejected. Stop there! Think of networking as building relationships, about listening, asking questions, being interested, building trust and rapport. This comes more naturally for some, than for others, in true emotional intelligence terms; but it can be learned like any skill.

Networking can help you in the following ways:

Let’s look at these individually. This time:

Networking for a new job

Research from Henley Business School identified that people were promoted based on 3 key factors: 10% on their technical competence & skill, 30% on their image and 60% on their exposure to the right people…in other words on their ability to network.

A career networking conversation focuses on asking for advice, tips and information in an organisation, profession or industry. Other benefits are soliciting feedback on career goals, finding support for career development, gathering referrals to others who could be helpful and generating and uncovering future possibilities and options.

Whether you are looking for a new job or not, creating a networking plan is a valuable investment of time. It’s easier in the long run if you don’t leave long gaps in talking with people and then appear to only get in touch when you want something.

If every person knows about 200 other people, how can you tap into that pool? Think of this pool as contacts. Divide the contacts into 3 groups.  Acquaintances, allies, & advocates.

Acquaintances are friends, neighbours, customers, colleagues with whom you have had minimal interaction. They know you by name and if you requested will probably do a small favour.

Allies are those who know your talents and aspirations. They will go the extra mile to give you names, resources, feedback etc. You respect the advice they give you. They know your expertise and you know theirs.

Advocates know you really, really well and believe in you. They trust you and your reputation and are very willing to speak on your behalf. You are equally supportive of them.

Prioritise your contacts under the 3 headings based on the likely help you can give them and vice versa. Plan regular calls/ emails to stay in touch. Remember small details about them to kick the conversation off. If you have been made redundant, planning a certain number of networking calls is highly effective. If you do feel awkward think how you would feel if someone asked for your advice, you would probably be flattered.

Next time, more tips on networking for:

By admin | Productivity | No Comments 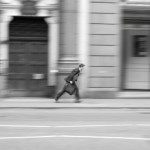 The phrase ‘hurry sickness‘ is now in common use.

It refers to the physical and psychological effects of time and time pressure. Do you feel you have to cave in to the pressure of constantly having to do more and more in less and less time? Symptoms include changing lanes in traffic queues in the hope it will save precious seconds and getting irrationally irritated at a slow cashier in a supermarket.

James Gleick, author of “Faster: The Acceleration of Just About Everything” says technology has produced a multi channel-slipping, fast-forward species that breeds competitive, impatient people who are addicted to fast food and instant messaging. The advice we give here is twofold.

Firstly, ask yourself what choices you have and what habits serve you well?

All that means is to find a 10 minute slot per day when you do nothing but allow your mind to clear. This enhances creative thinking, listening to your intuition and putting life into perspective. For your information the Third Angel Theatre Company were touring the country performing “Hurrysickness“!

Get The Blog By Email...